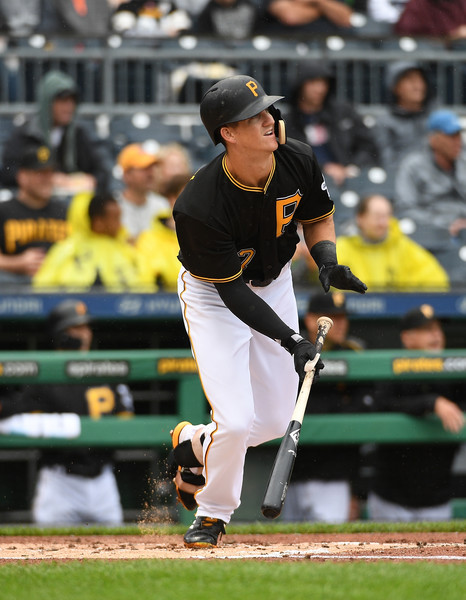 Kevin Newman graduated from Poway High School and the San Diego SHOW Baseball Program in 2012.  He made the school’s varsity baseball team in his sophomore year and after joining the San Diego SHOW and participating in National Tornaments he was was pursued by the University of Arizona, University of Oregon, and the University of California, Los Angeles. He committed to attend Arizona on a college baseball scholarship to play for the Arizona Wildcats baseball team. In his freshman year, Newman had a .336 batting average, the 11th best in the Pac-12 Conference (Pac-12). He was named to the Freshman All-America team by Louisville Slugger, and was the only freshman named to the All-Pac-12 Conference team. He had a .304 batting average as a sophomore, and was again named to the Pac-12’s All-Conference team. He was added to the Golden Spikes Award watch list before his junior year. Newman also played summer collegiate baseball for the Falmouth Commodores of the Cape Cod Baseball League (CCBL) in the summers of 2013 and 2014, winning the league’s batting average title in both years.[8] He was named to the CCBL Hall of Fame in 2020. In 2015, Newman was named to the All-Pac-12 Conference team

The Pittsburgh Pirates selected Newman in the first round, with the 19th overall selection, of the 2015 MLB draft.[11][12] He signed with the Pirates and reported to the West Virginia Black Bears of the Class A-Short Season New York–Penn League to make his professional debut.[13] The Pirates promoted Newman to the West Virginia Power of the Class A South Atlantic League in August.[14] In 61 combined games between the two teams, he posted a .257 batting average with two home runs, 17 RBIs and 13 stolen bases. He began the 2016 season with the Bradenton Marauders of the Class A-Advanced Florida State League,[15] and was later promoted to the Altoona Curve of the Class AA Eastern League; in 102 total games, he batted .320 with five home runs and 52 RBIs. In 2017, he played for both Altoona and the Indianapolis Indians of the Class AAA International League, batting a combined .267 with four home runs, 41 RBIs and a .675 OPS in 122 total games.[16]

MLB.com ranked Newman as Pittsburgh’s seventh best prospect going into the 2018 season.[17] He played 102 games for Indianapolis, batting .302, before the Pirates promoted him to the major leagues on August 16.[18]